A question was asked, "Have you remained faithful to your wife since your eyes have turned to water?" You may repent all your past sins, but when the light of God has fallen on your face; are you now faithful to him? A wise man can't be seduced by words alone. His Beloved's wine keeps him in a eternal state of drunkenness.
Posted by Madison Meadows at 10:54 AM

The Distance Between You and Me

My whole life I have been searching for you. One day, unexpectedly, you arrive- finding a broken woman with a wounded spirit. You said the distance between you and me was the break between words. I remain silent so I can hear you.
Posted by Madison Meadows at 10:24 AM

The Dark Night of the Soul

A Carmelite priest, by the name of Saint John of the Cross, was a prisoner for nine months in 1577-78. He was kept in solitary confinement. He entered the dark night illuminated by a light he could not see. He surrendered to the darkness and let its hidden light purge his soul. He escaped his tormentors. He then wrote poems that became his "Spiritual Canticle" and "The Dark Night." John's imprisonment was an archetypal image of the interior struggle he named the dark night of the soul.
John says that the dark night is really an "inflow" of God into the soul, but it is an inflow that purges us of our natural and spiritual ignorance and imperfections. The dark night is really infused light, but the imperfect soul neither knows nor understands what is happening. This is so because up to this time the soul has been intensely engaged in striving to prepare itself for God's grace. Then, when God's infused contemplation arrives, the soul is blind to see that now God is at work, and what appears to be darkness is really light so bright that it blinds our seeing. God is working deep within, and because there are impurities within, the light is so painful that it doesn't seem like light but darkness. If we are not yet entirely illumined, this light causes spiritual blindness, darkness.
When the light enters the soul, the soul feels unclean. The person suffers because it seems that God has abandoned him altogether; whereas just the opposite is happening, and it will take time for the person to adjust to this new light. God's mystical light, is in reality preparing one to be able to enjoy fully all earthly and heavenly things with a divine freedom from attachment to them. To be pure and completely open before God is the purpose of the dark night, of living in darkness- but in order then to see the light and to see by the same light.

Posted by Madison Meadows at 2:13 PM

Email ThisBlogThis!Share to TwitterShare to FacebookShare to Pinterest
Labels: Articles

The sun sets to sleep-
I in my slumber.
The moon awakes,
my soul takes flight.
It wanders about-
searching for you
It is in the darkness-
I find rest in your light.
Posted by Madison Meadows at 10:58 AM

Email ThisBlogThis!Share to TwitterShare to FacebookShare to Pinterest
Labels: My Poems, Twin Flames 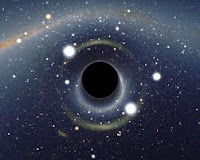 I dreamt about these orbs of light. Each one representing a soul of an individual. They were suspended above the earth- waiting. Waiting for the consciousness on earth to rise, so they could move on. There was a movement in consciousness occurring on earth. As we awaken, the souls on the other side are waiting, as if to be lead. Partly out of fear they didn't move. Where they were- there was light. When they looked ahead of themselves, they saw darkness. They feared going into the darkness. It was the Void. God assured them that by going into the darkness, once thru it, there would be light and with it a higher state of enlightenment (closer to God). I saw the Void in space and the orbs waiting to be lead into the Void. It only took one to go first, and all the rest would follow. There was a 'knowing' that you didn't know how much time would be spent traveling thru it. But if you wanted enlightenment you had to have faith. Faith was required to continue on your journey to enlightenment. They were waiting for me to lead them thru the Void.
Native Americans refer to the Void as 'The Breath of the Invisible' out of which the four elements come: air, fire, water, and earth. Its meaning is space- the space of 'Nothing-ness' out of which everything comes. Before anything can come into existence, there has to be room for it to manifest. 'The breath' is also a way of describing the activation of the Life-Force which gives all things their 'aliveness' and conscious awareness. This Presence can be called 'God'.
The black hole at the center of our galaxy has no name. The theory is that every galaxy has a nucleus, a black hole, and the astonishing gravitational pull of the condensed energy of the one in the Milky Way gives our galaxy its spiral shape. The most powerful black hole discovered so far is called QSUB0827.9+5255. It contains more energy than a quadrillion of our suns and 63,000 of our galaxies. A black hole is the most physically extreme object in the universe. Black hole research is one of those edges over which science and mysticism gaze with the same awe.

Posted by Madison Meadows at 4:01 PM

Email ThisBlogThis!Share to TwitterShare to FacebookShare to Pinterest
Labels: My Dreams

Unfinished dreams are like raindrops
that never touch the ground.
It is a bird calling out to its mate
with no return sound.
The woman who's loneliness
is filled with books.
There's more to her
if you just take a look.
Keep searching for your reflection
in the stream.
Mend your heart
and finish your unfinished dreams.
Posted by Madison Meadows at 1:50 PM

Rumi- My Favorite Lines of Poetry

~What I feel does not occur in time.
~My soul flies against the constraining cage.
~I grow old inside your light.
~You ease the heart and make God's qualities visible.
~Now silence lets the one behind your eyes talk.
~Silence reveals more than language.
~Be faithful that you may know faith.
~We have fallen into the place where everything is music.
~When I am outside of you, life is a torment.
~There is a shredding that is really a healing, that makes you more alive.
~Love helps you see into the invisible.
~What hurts you blesses you.
~The cloth God weaves does not wear out.
~Take it inside you, that one whose presence is water.
~Better we should not speak it, but let it grow within.
~A true holy day for a man or a woman is the one when they bring themselves as the sacrifice.
~The pain of love is fire.
~I drank water from your spring and felt the current take me.