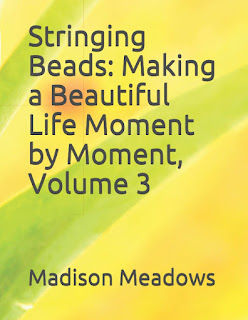 This book is a continuation of Stringing Beads, Volume 2. In this collection, the blog entries pick up from 2016 through 2019. Many things have transpired in those years. Madison went through a divorce. Through it, she wrote her anger and grief of her loss and the betrayal she felt. Madison got through it by relying on God to guide her on the dark road ahead of her. She prayed, meditated, and journaled on most days. Her future was uncertain but she maintained her faith in God and her connection to her twin flame to get through the worst part of her life. Her story is proof of God's awesome power and presence.

Posted by Madison Meadows at 1:46 PM

Damaged Women Can Be The Most Powerful 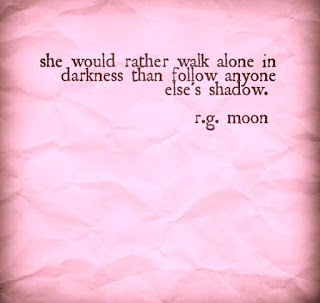 these past few years
i've been discovering me
the me without the title
of wife
and what i've found
is a woman
that has clear boundaries
and intentions
a clear resolution
in my soul
that there's no way
in hell
i'll ever let a man
treat me like shit
ever again
Posted by Madison Meadows at 1:10 PM

What God Would Say 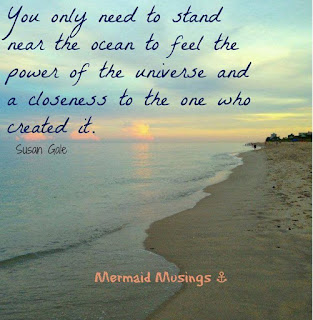 Baruch de Spinoza was a Dutch philosopher considered one of the great rationalists of 17th-century philosophy, along with Descartes.

According to Spinoza, God would say: “Stop praying. I want you to go out into the world and enjoy your life. I want you to sing, have fun and enjoy everything I've made for you.
“Stop going into those dark, cold temples that you built yourself and saying they are my house. My house is in the mountains, in the woods, rivers, lakes, beaches. That's where I live and there I express my love for you.
“Stop blaming me for your miserable life; I never told you there was anything wrong with you or that you were a sinner, or that your sexuality was a bad thing. Sex is a gift I have given you and with which you can express your love, your ecstasy, your joy. So don't blame me for everything that others made you believe.
“Stop reading alleged sacred scriptures that have nothing to do with me. If you can't read me in a sunrise, in a landscape, in the look of your friends, in your son's eyes—you will find me in no book!
“Stop asking me, ‘Will you tell me how to do my job?’ Stop being so scared of me. I do not judge you or criticize you, nor get angry or bothered. I am pure love.
“Stop asking for forgiveness, there's nothing to forgive. If I made you, I filled you with passions, limitations, pleasures, feelings, needs, inconsistencies, and best of all, free will. Why would I blame you if you respond to something I put in you? How could I punish you for being the way you are, if I'm the one who made you? Do you think I could create a place to burn all my children who behave badly for the rest of eternity? What kind of god would do that?
“Respect your peers, and don't give what you don't want for yourself. All I ask is that you pay attention in your life—alertness is your guide.
“My beloved, this life is not a test, not a step on the way, not a rehearsal, not a prelude to paradise. This life is the only thing here and now—and it is all you need.
“I have set you absolutely free, no prizes or punishments, no sins or virtues, no one carries a marker, no one keeps a record.
You are absolutely free to create in your life. It’s you who creates heaven or hell.
“Live as if there is nothing beyond this life, as if this is your only chance to enjoy, to love, to exist. Then you will have enjoyed the opportunity I gave you. And if there is an afterlife, rest assured that I won't ask if you behaved right or wrong, I'll ask, ‘Did you like it? Did you have fun? What did you enjoy the most? What did you learn?’
“Stop believing in me; believing is assuming, guessing, imagining. I don't want you to believe in me, I want you to believe in you. I want you to feel me in you when you kiss your beloved, when you tuck in your little girl, when you caress your dog, when you bathe in the sea.
“Stop praising me. What kind of egomaniac God do you think I am? I'm bored with being praised. I'm tired of being thanked. Feeling grateful? Prove it by taking care of yourself, your health, your relationships, the world. Express your joy! That's the way to praise me.
“Stop complicating things and repeating as a parrot what you've been taught about me. Why do you need more miracles? So many explanations?
“The only thing for sure is that you are here, that you are alive, that this world is full of wonders.”
Posted by Madison Meadows at 2:12 PM

The Role of the Light Bearers 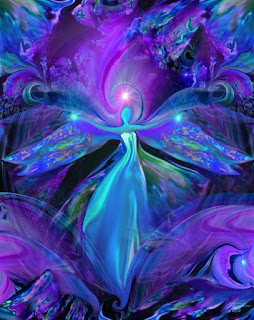 some of us
were put on this earth
to love the unloved
our agenda
is to illuminate
the darkness
and be the hand
that never lets go
Posted by Madison Meadows at 5:50 PM

Society Is Our Extended Mind and Body 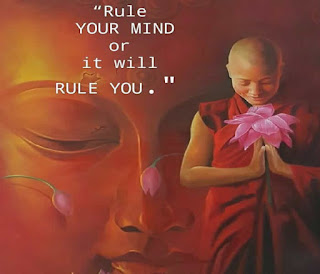 “We seldom realize, for example, that our most private thoughts and emotions are not actually our own. For we think in terms of languages and images which we did not invent, but which were given to us by our society. We copy emotional reactions from our parents, learning from them that excrement is supposed to have a disgusting smell and that vomiting is supposed to be an unpleasant sensation. The dread of death is also learned from their anxieties about sickness and from their attitudes to funerals and corpses. Our social environment has this power just because we do not exist apart from a society. Society is our extended mind and body. Yet the very society from which the individual is inseparable is using its whole irresistible force to persuade the individual that he is indeed separate! Society as we now know it is therefore playing a game with self-contradictory rules.”

Reference~ Alan W. Watts, The Book on the Taboo Against Knowing Who You Are
Posted by Madison Meadows at 3:36 PM

Posted by Madison Meadows at 5:14 PM